Skin cancer can hide as spot on sole? What does foot melanoma look like? 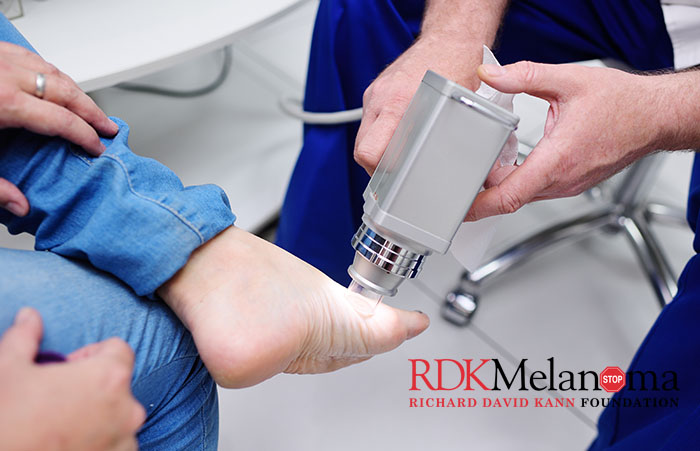 Melanoma on the extremities — nails, hands and feet — is the rarest subtype of the skin cancer, but it’s also more aggressive.

As a young, healthy African-American, Joshua Paschal didn’t think he could get melanoma. The deadliest form of skin cancer is rare among African-Americans, so he wasn’t worried when a tiny dark spot appeared on the sole of his right foot early last year.

“It was as small as a dot that you would do with a pen,” Paschal, 20, a sophomore at the University of Kentucky, told TODAY.

“I didn’t care too much about it because I thought it was a blood blister. I kept playing football and working out and it would grow in small increments.”

By the time he went home last summer, the black spot — located under his big toe — grew to the size of a dime and became surrounded by smaller “satellite” dots. Paschal also felt it sting when he ran or stood for a while.

Thinking it could be a plantar wart, the football player first consulted a podiatrist. But he was quickly sent to a dermatologist for a biopsy. The diagnosis: melanoma.

Skin cancer on the sole of the foot is more aggressive

It’s not unusual to have moles — or nevi, in medical terminology — anywhere on the body, including the soles of the feet and palms of the hands, said Dr. Vishal Patel, assistant professor of dermatology at the George Washington University School of Medicine & Health Sciences, and director of the Cutaneous Oncology Program at the GW Cancer Center in Washington, D.C.